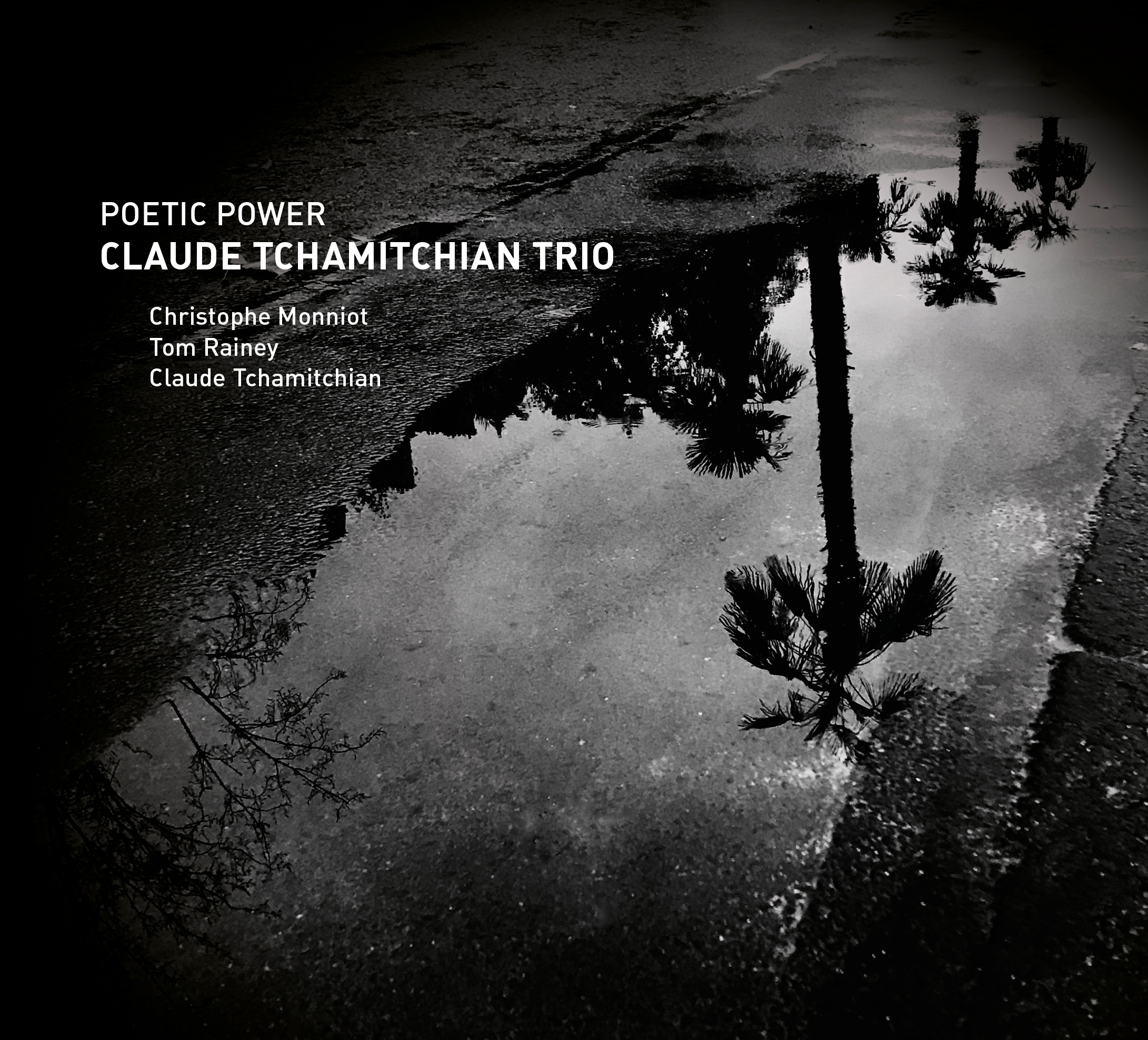 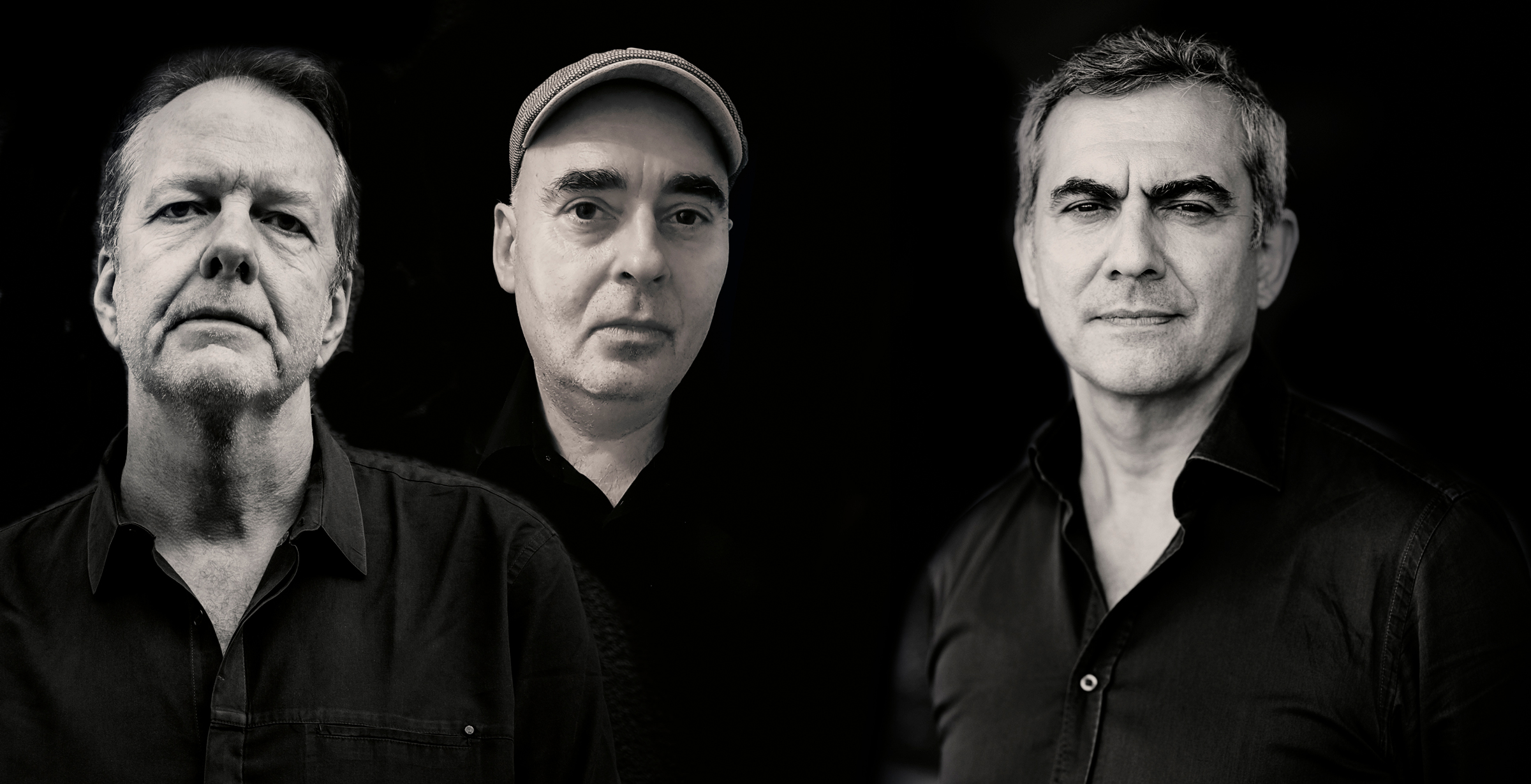 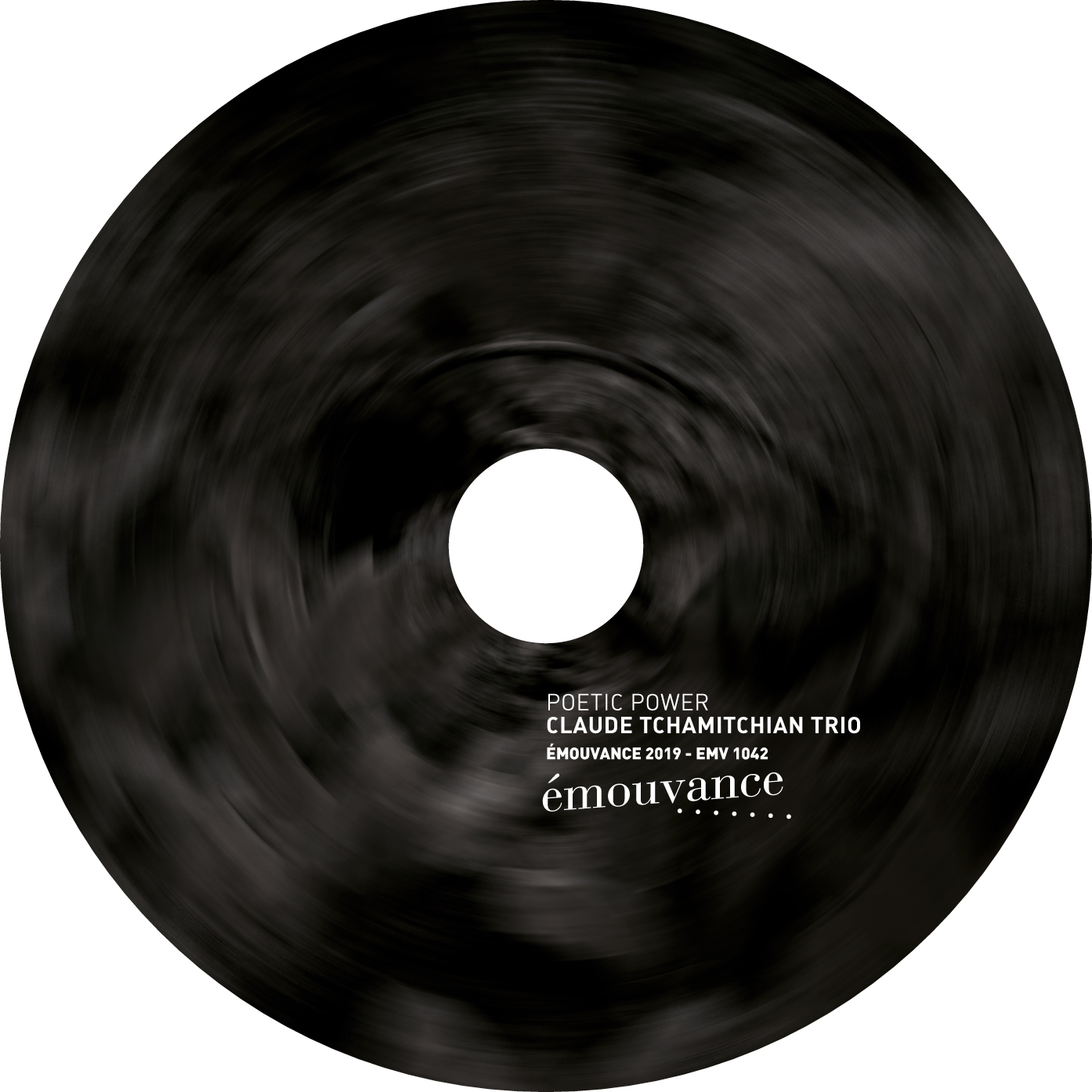 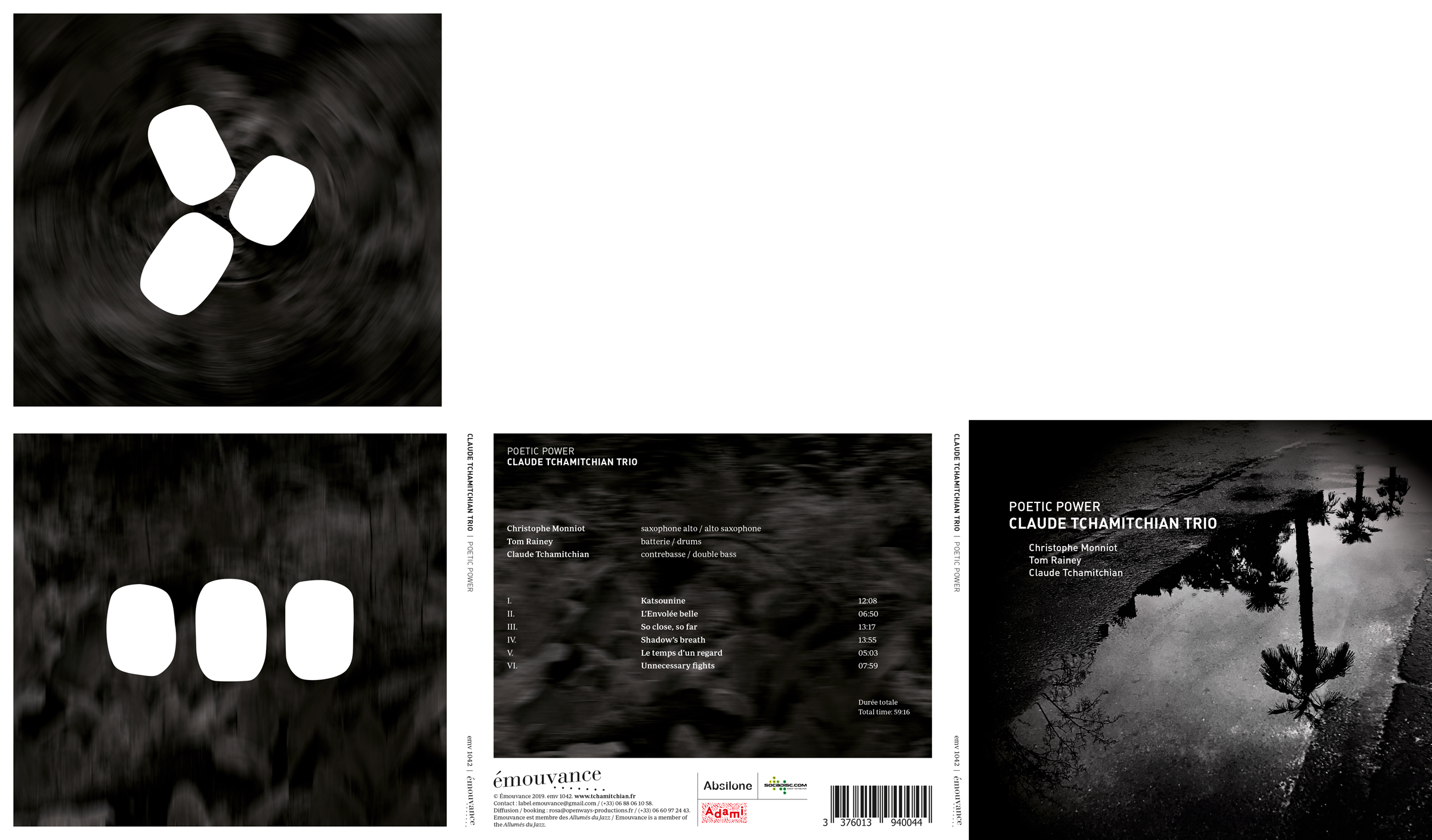 After Traces and Need Eden, both vast orchestral projects where the varied luxuriance was supported by a corpus of texts leading the listener towards a variety of interpretations, political, personal, poetic and metaphysical, Claude Tchamitchian, as if obsessed with the problem of meaning, undertook this new project with his Poetic Power Trio; he saw it as a kind of return to grass roots for his style playing the card of purity and lightness both in his choice of instrumentation and his compositional material.

Nothing either easy or comfortable or merely familiar, incidentally, in his minimalist choice of the trio, with this paring down constantly risking a form of austerity in idiom and sound, at the opposite pole of the double bass player’s usual baroque tropism. But what Tchamitchian has thought of for this particular trilogue has been drawn from his wide experience as a composer and seen through the prism of an orchestral palette that now seems as if ‘integrated’ into his musical ideas, whatever form they may take. This music has been dreamt of, conceived and composed for the three particular musicians involved in the adventure, and takes into account their qualities and specific or distinctive talents in order to define both the terrain of their individual idiom, their aims and the strategies needed to reach them. In a highly concerted and almost structural manner, this music combines force and fragility, architectonic powerfulness and extremely expressive freedom; at the heart of its musical discourse, it maintains the constant tension between forms clearly derived from the actual composition and the unpredictability of improvisation, whether individual or collective, inherent in the interactions so typical of small jazz groups.

Advancing in the form of long suites with skilfully allusive but clearly drawn structures which can be understood as roadmaps indicating the directions to take, the various stages of the route and the different milestones where the musicians wait for each other or reassemble again, each composition allows them to find the right style to give substance to what had only been outlined. Hence this delicious sensation of spontaneity and immediacy never hampered by the compositional framework. The effect is that each musician individually and as a member of the trio gives the impression of constantly advancing into the unknown, without ever losing what we might call the ‘narrative’ thread that would seem to transcend it. Each is not only creating his own route as he continues on his journey, but also giving form and life to his personal environment, through the sensations he exchanges with his companions and the commentaries they share. It is this logic that prompted Claude Tchamitchian to borrow, quite deliberately, the metaphor of a walk to define the true nature of his project: “A bit like walking in the forest, I wanted this music to depict both the multitude of small events that can be perceived there, albeit in a confused manner, through the richness of their interactions (the movement of water and wind, the discreet presence of birds…) and in contrast, the firmly rooted trees, the hills and mountains that constitute the framework of this kind of stroll…” Impossible to choose a more pertinently colourful image to describe the ever-present creative tension behind the dynamics of this music, between a frame ‘already (secretly) there’ but not totally visible yet, and the different ‘strolls’ that gradually reveal the richness of its patterns and the ephemeral luxuriance of its beauty, into a variety of new developments.

Each musician here plays several roles in this so-called tableau vivant – that of creative artist, actor and one of the cast – and all are implicated in setting it up in its diversity at the same time as they discover and compose it through the way their different points of view intersect. Christophe Monniot on alto saxophone, Tom Rainey on drums and Claude Tchamitchian on double bass, appear on this CD as literally consubstantial with the protean music, simultaneously reflective and projective, evanescent and powerfully ‘objective’. The music of this trio is firmly rooted in the ground of the groove by Tchamitchian’s double bass, supple and vigorous, standing upright like a tree spreading its protective power over the group; it is driven forward by the sharp but fluid drumming of Tom Rainey, who takes care to keep the beat going in a punctilious carve-up of the tempo, but also makes judicious digressions in short punctuations that alter the group dynamics; it is literally set free from all restraint by Monniot’s ethereal saxophone, who takes the melodic and lyrical side of the group upon himself with his twirling phrases and their moving lyricism, modified at times through the prism of some electric sound effects producing something like a second voice with its own poetry and unusual tone colours. Such music, authentically organic, clearly follows a fully assumed jazz aesthetic, yet doesn’t sound like anything else on record; it fulfils its programme and the promise featured in its name: powerful and poetic! Stéphane Ollivier